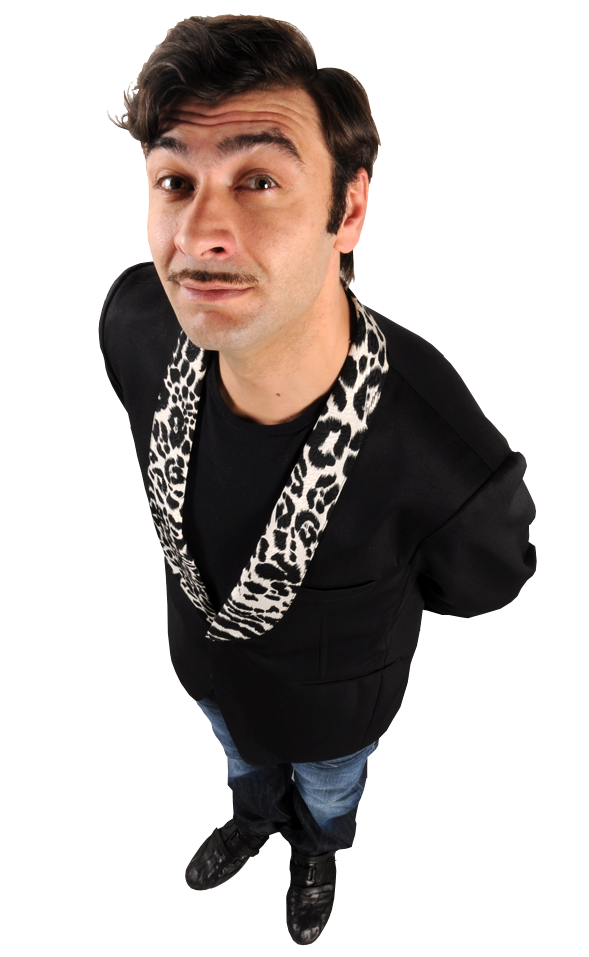 Actor, comedian, mime, fantasist and clown. Piero Massimo Macchini is a multifaceted artist who has experimented with all the various forms of humor.

After attending training courses with the masters Jango Edwards, Yves Lebreton, Bustric, Leo Bassi, he began his career performing in street art festivals with the character Dolly Bomba and then move from theater to TV, from radio to cinema to the web.
Showman and entertainer has also stands out in convention, grand gala and cabaret presenter. Star performer on the stage is back from "Marche Comedy Record" (2017) where he performed for 12 consecutive hours!
Today, a mature and technical clown, is the new mask of theatre for a new art comedy.

This international creative artist performed in all corners of the world, bringing his visual comedy with the character of Dolly Bomba in shows like BRAINSTORMING and FUORI PORTA.

In Italy, he works in different projects on every media: from theatre to cinema, radio to the publishing industry, television and web.

Since 2012, he brings his works to life through comedic theatre. 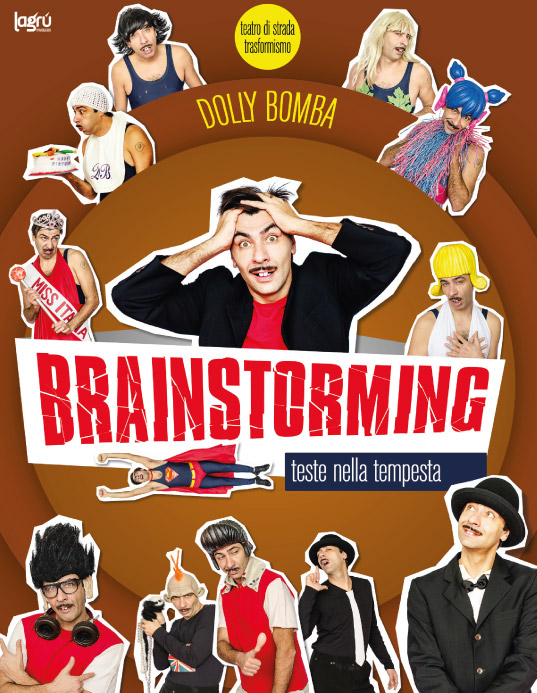 SYNOPSIS
Interpretations are countless, theatrical criticism and scientific research question themselves without finding a univocal answer, sociologists debate: what is behind the word “Brainstorming”? Is it maybe the story of a child boy, who was struck by lightning and turned himself into a multiform and delighted Frankenstein junior? Or is it the younger brother of Arturo Brachetti? Or again, a cartoon escaped from the drawer’s hand? Might it be a puppet, that free from its threads, gets crazy by the happiness of wearing all the other puppies dresses? Or maybe a  night-deejay, that choosing wide-ranging records all the time, he ended up with turning the music into real characters? Nobody knows, and nowadays all the answers are possible. The only certain thing is that, for forty minutes, a subtle thread brings on stage, all together and all as protagonists, some of the big stars of the music world, of the show and arts. In a kaleidoscope of colors and emotions, both sharp and comic, funky and rock, coaxing and disastrous, they all come on stage together with newborn babies, painters, actors, singers, cartoon characters, from Marilyn Monroe to Elvis Presley, from Bob Marley to Michael Jackson, from Superman to the last Miss Italia.How this might happen, represents a funny and unaccountable mystery.  The only well-known truth is that Piero Massimo Macchini, the “Brainstorming” protagonist, lives in Fermo, in Dante Zeppilli road, which is exactly fifty steps away from the one that, until 1996, was the Psychiatric Hospital of the city. And it is inside this one, that a young Piero Massimo moved his first steps toward the triumph of fantasy. 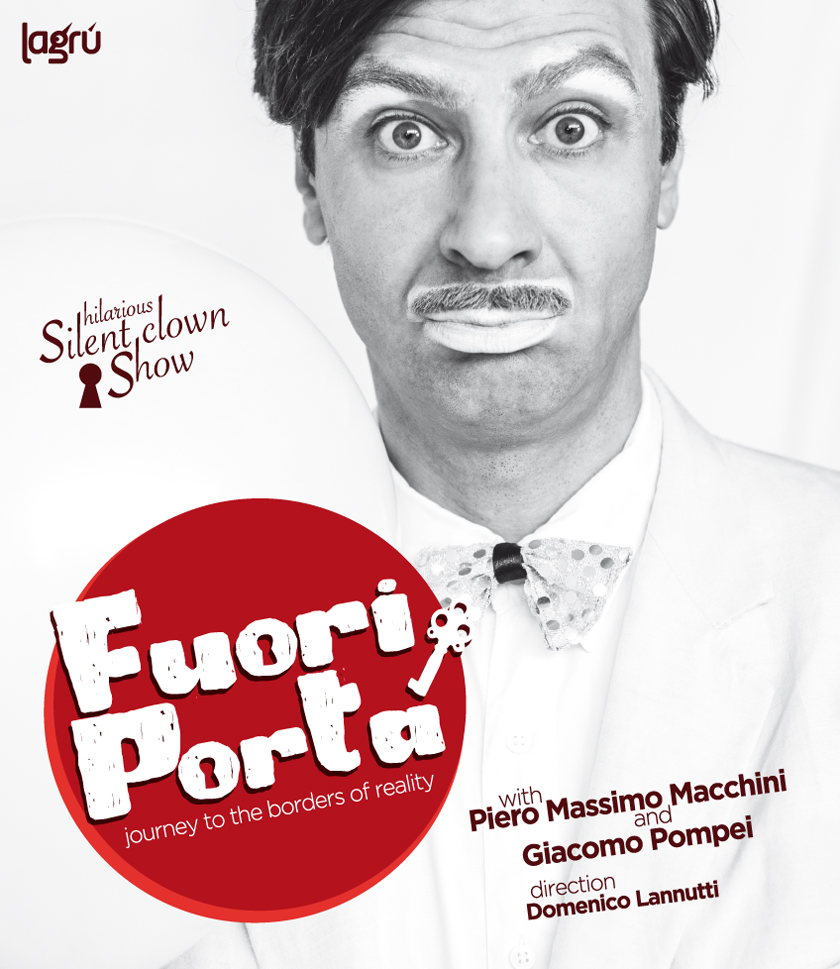 FUORI PORTA - Journey to the borders of reality

SYNOPSIS
From East to West a "door" has a broad and meaningful symbolism. In all the different  cultures, the act of "crossing a threshold" has the meaning of joining a new world and the door represents the separation or communication between the two domains. Not only it identifies the physical space that delimits the outside from the inside or vice versa, but also as a gateway between two levels: the well-known and the unknown, the profane and the sacred. What happens then if a clown receives a door as a gift and this door becomes a toy that opens with the key of imagination? FUORI-PORTA is a show of pantomime, music, improvisation and fantasy that will reflect on the visible and invisible doors that we have opened and closed in our lives. A show that cleverly combines the mimic technique with comic dramaturgy. Both in the street theatre version and the stage show. Pantomime is a theatrical representation abandoned for its difficulty and bareness, where action and narrative are entrusted to gesture, body movements, and where facial expression is very powerful. The body is a strong tool for communicating with the public who is hypnotised by it, actively participating in the requests of a white coloured clown that could not bare the weight of such an unexpected gift all by himself. His lively eyes look for the spectator and capture him by creating an invisible wire in unprogrammed, absolutely improvised situations that arise from the ever-diverse audience inputs. The finale that sees the main actor, the festival manager and a little girl or boy from the audience in an evocative fairy-tale atmosphere.